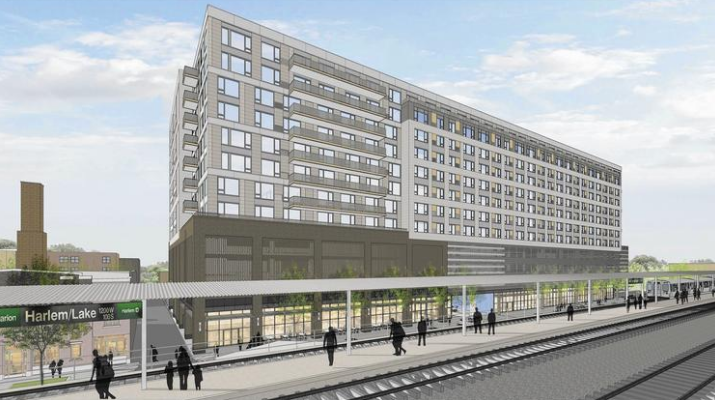 The village of Oak Park, IL has officially signed off on the development of a 12-story, mixed-use development in downtown Oak Park. The development, which is planned to include 263 apartment residences, 10,000 square feet of ground-floor commercial space, and a 398-car parking garage, will be constructed on the site of two village-owned surface parking lots. It is located on the southeast corner of Harlem Avenue and South Boulevard.

Lincoln Property Company was selected and approved as the developer of the site in July of 2014. After months of conversation and several design modifications, the project is officially approved.

This will be the third major development to be constructed in downtown Oak Park after the 21-story Vantage Oak Park building and the 20-story Oak Park Station development.